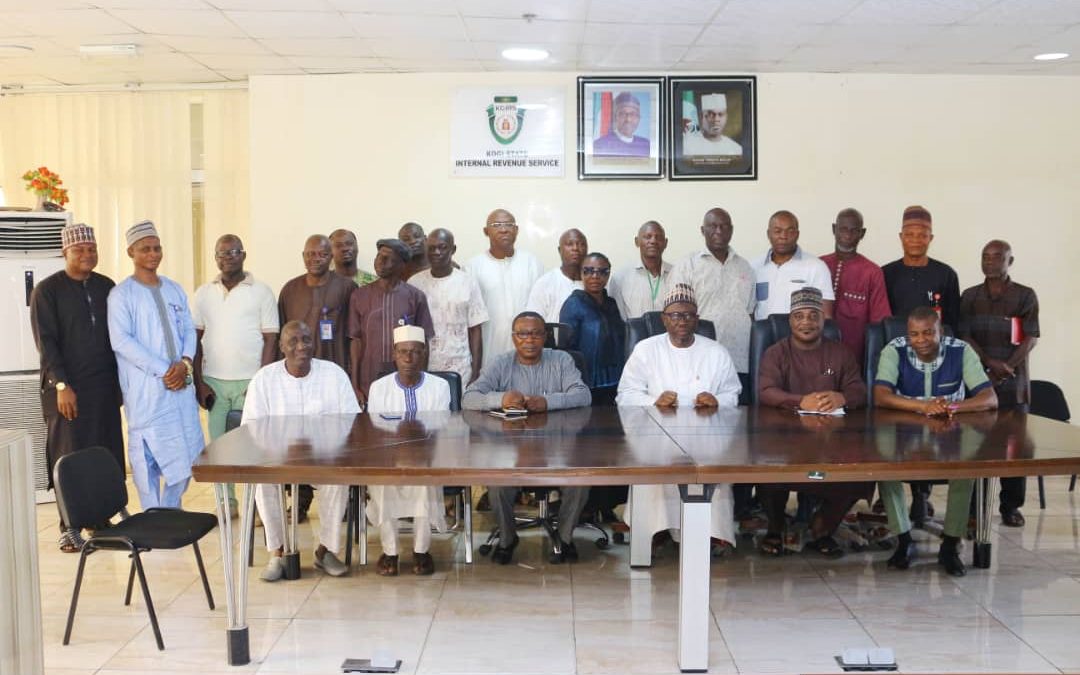 The Acting Executive Chairman, Kogi State Internal Revenue Service (KGIRS), Yusufu Abubakar, has assured that in the next three weeks, the State’s  Revenue Service will introduce online innovation for the processing of tax payments and vehicle registration/renewal of particulars to enhance the tax generation of the State.

The Acting Chairman who disclosed this on Thursday, 29th of July, 2021, while interacting with the Members of the Correspondents’ Chapel of the Nigeria Union of Journalists (NUJ), Kogi State Council, in his office, stated that the aim of the automation was to block leakages and avert cases of issuance of fake documents and corrupt practices.

According to him: “We are aiming at a situation where vehicle owners can access their particulars, register their vehicles and renew their papers through the Kogi Revenue Service portal”. “They can even stay at their homes to carry out all these transactions online”, he added.

“Most documents outside us are fake, and we cannot fold our arms and allow such conducts often perpetrated by few individuals to continue unchecked”, he explained.

Abubakar also added that the focus of the new Management in the last six months has been targeted at blocking all leakages in the system to make life easier for the numerous Taxpayers in the State.

He, however, recalled that the Kogi State Internal Revenue Service harmonization law (2017) which was passed into law in 2016 and became operational in 2017 gave the revenue body the sole responsibility of carrying out assessments, collection of taxes and reporting of taxes collected to the Executive Governor of the State.

The Acting Chairman said the Kogi State Internal Revenue Service with its headquarter in Lokoja has eleven other area offices across the 21 Local Government Areas of the State and a Staff numerical strength of over 600.

Earlier, the Chairman of the Correspondents’ Chapel of Kogi NUJ, Friday Idachaba, promised of adequate publicity of the organisation’s activities by the union members.

He also moved to solicit continued partnership with the Revenue Agency to boost the State’s economy.