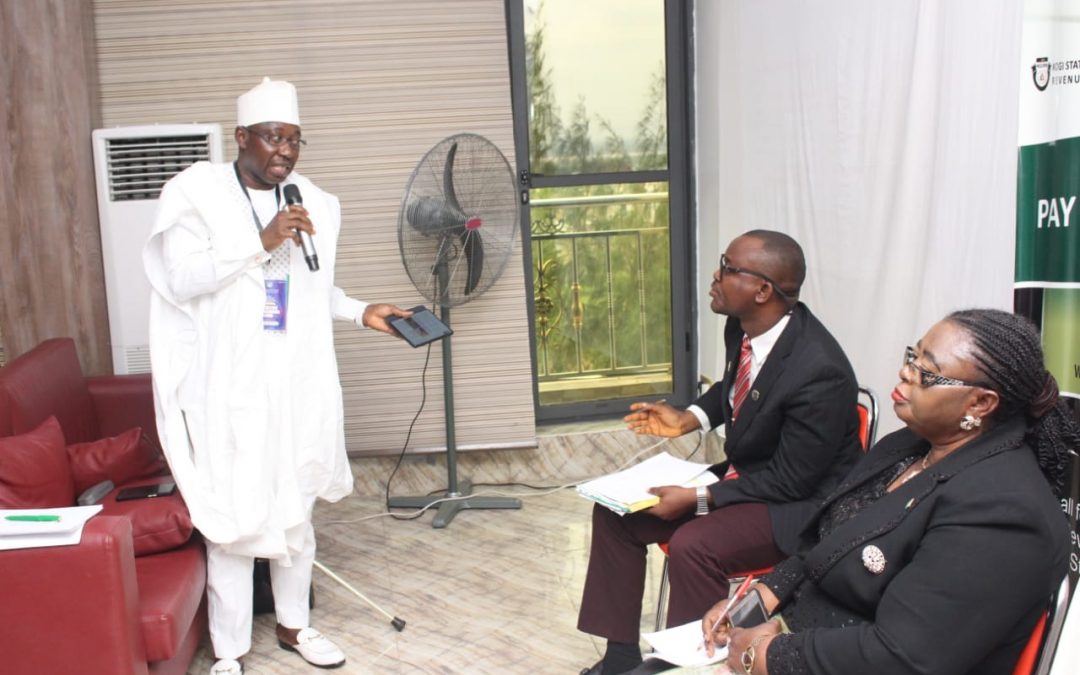 It is evidently clear that  the current Management of the Kogi State Internal Revenue Service (KGIRS) is not only poised to harnessing revenue activities that have been dormant for long but also to introduce what was never in practice to ensure best practices in tax administration in the State.

The effort is premised  on the need to drive the revenue of the State to enviable heights and to complement His Excellency’s strides in the drastic improvement on revenue generation.

Suffice to say that the Sule Salihu Enehe – led administration has again engendered another leap in tax administration excellence through the engagement of the Service and the Kogi State Judiciary System in a 2 – day workshop for judicial officers, lawyers and other critical stakeholders on tax litigation.

Speaking at the opening ceremony of the workshop held on July 20th and 21st, 2022, at Golden Grand Royale Hotels, Lokoja, the Acting Executive Chairman of KGIRS, Alhaji Sule Salihu Enehe, who was visibly  excited expressed his profound gratitude over  the actualisation of the event aimed at addressing the common and potential legal issues that arise in tax administration and revenue drive in the State.

He noted that the transformation of the revenue agency from Kogi State Revenue Board to Kogi State Internal Revenue Service in year 2016 by His Excellency, Alhaji Yahaya Bello, the Executive Governor of Kogi State, was made possible to stand on sure foundations when it was assented into law by the promulgation of the 2017 Harmonisation of taxes by the State Government, which thitherto necessitated the inseparable relationship between the Service and the Judiciary.

He said that tax administration being anchored on the tripod of assessment, collection and enforcement, accommodates the involvement of the judiciary in the aspect of enforcement and in cases where taxpayers may seek for a redress over how they are being taxed.

Stressing further, the Acting Executive Chairman averred that  the major aim of the Service is to collect tax and remit to the coffers of the State Government, saying that such task cannot be achieved without adequate synergy with the judiciary.

He acknowledged the esteemed personalities present at the event such as Hon. Justice Josiah Majebi, the Acting Chief Judge of Kogi State; and Honourable Ibrahim Muhammed Sanni (SAN), the Honourable Attorney General and Commissioner for Justice, Kogi State.

The event also had the presence of Dr. Martins Idachaba Ajogu, Prof. Josephine A. A. Agbonika (SAN), and Mr. Ajayi Julius Bamidele, who led the series of lectures throughout the 2-day event.

In his closing remarks, Barrister Saidu Isah Okino, the KGIRS Director of Legal Services and Enforcement, who noted the occasion as the first of its kind, commended the Acting Executive Chairman for his rare and selfless determination in facilitating the event, describing him as a man of new dawn.

He further acknowledged the presence of the Directors of the Service who were in attendance for their tireless efforts to the Service in terms of revenue generation. They included Mr. Hilary Egwudah Ojoma, Mr. Olubunmi Ajayi, Alhaji Abubakar Mohammed Bello, Chief John Salifu and Mr. Sadiq Ibrahim Ohindas.