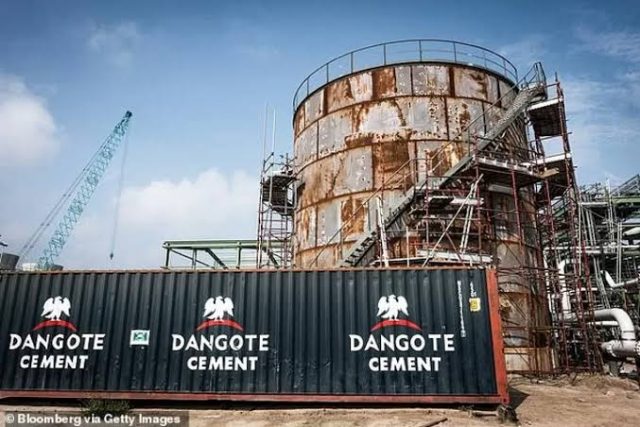 Kogi State Internal Revenue Service on Wednesday, December 2, 2020, sealed the facilities of Dangote for giving a cover to two foreign companies operating under the Dangote Cement Factory in Obajana over their refusal to pay taxes worth over Two Billion Naira to the Kogi State Government.

The Head of Enforcement Directorate of the Revenue Service, Mr. Suleiman Bajehson, who led the team to seal the facilities of the companies at the premises of Dangote Cement factory, Obajana, lamented that besides the fact that the two companies: Ayoki Fabricon Limited and Sinoma (O&M) Investment Limited were owned by foreigners, they have also refused to meet their tax obligations that accumulated to N2, 634, 866, 662 : 07k.

Giving the breakdown of the taxes owed by the two companies, Bajehson revealed that Ayoki Fabricon Limited refused to liquidate its tax liabilities running into N1, 383, 826, 187: 97K which comprised of unremitted PAYE and Development Levy from 2010 to 2019.

According to him, “The Service has written several letters to the management of the companies to persuade them to fulfill their tax obligations but they rather responded with a sheer disinterest.

“The sealing of the sites and properties is at the instance of a High Court Order sitting in Lokoja, Kogi State, and until they pay these tax liabilities, we will not reverse the action”.