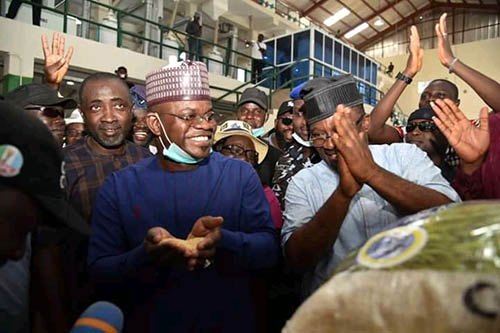 Governor Bello while at the inspection of the project disclosed that Ejiba Confluence Rice Mill Project when fully operational will generate over 5,000 direct and indirect employments for the people of the State which will in turn grow the State Internally generated Revenue(IGR) significantly.

The Executive Chairman of KGIRS expresses his gratitude to the Governor for bringing such a project that will significantly boost the revenue generation of the State.
Salami concluded “This is the tax payer money at work”.