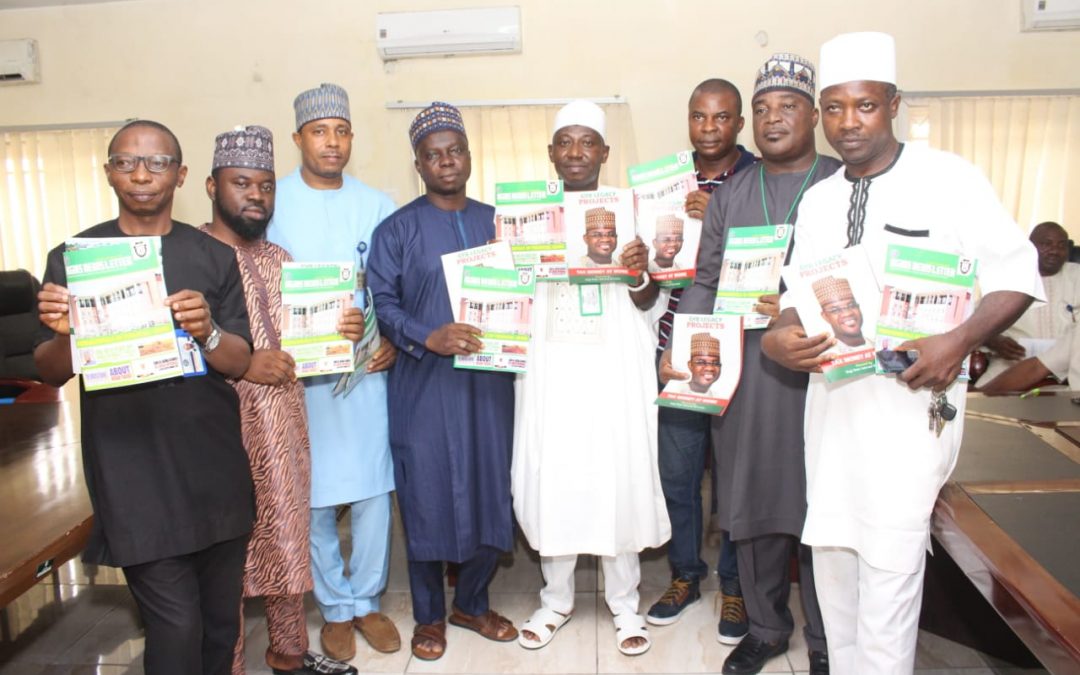 The Acting Executive Chairman, Kogi State Internal Revenue Service (KGIRS), Alhaji Sule Salihu Enehe has charged the Staff of the organisation to be dogged in revenue generation in order to hit the target and the core mandate of the Service.

Salihu Enehe gave the charge on Friday, July 15, 2022, during the unveiling of the maiden edition of the quarterly revenue newsletter published by the Service.

“The newsletter will further promote and expose the various items of tax to taxpayers so that they can be abreast of their rights.

The government, however, uses the tax collected by the Service to execute projects that have direct impact on the lives of the people such as roads, hospitals, street lights, potable water and other projects being executed by the government through revenue generated from tax collection” he stated.

He assured that the revenue service under his leadership would do more to meet its monthly and annual target, while urging the
Staff to be proactive in performing their duties and responsibilities diligently.

The Director of MDAs and Other Revenue, who also doubles as the Chairman of the Service’s revenue generating committee, Mr. Olubunmi Ajayi, in his remarks appreciated the current revenue Boss and his laudable achievements within a short time. He, however, urged the Staff to redouble their efforts at revenue generation.

In his remarks, the Director, Legal Services and Enforcement, Barrister Saidu Isah Okino, said that it has become imperative for the Service to blow its trumpet, noting that the newsletter, which would be sustained, will showcase the activities of KGIRS to the world.

Okino assured that the Management will continue to do its best for the Service and charged the various departments and units in the Service to gear up in order to improve in their revenue performance.

The Director of Administration, Alhaji Abubakar Mohammed Bello, who happened to be the Editor-in-Chief of the Newsletter said that the previous administrations in the Service have tried to bring the newsletter on board but to no avail, saying the efforts of the current Acting executive Chairman of the Service should be commended.

He pointed out that the coming of Sule Salihu Enehe as the Acting Executive Chairman of KGIRS has opened up the Service to a lot of potential, stating that tax collections and revenue generation have improved drastically under his leadership.

“The Acting Executive Chairman is a goal-getter, a focused person who is always dogged in realising set objectives. We are happy having him at the helm of affairs of KGIRS” he praised.

The high point of the event was the official unveiling of the newsletter by the Acting Executive Chairman, and his Management team.