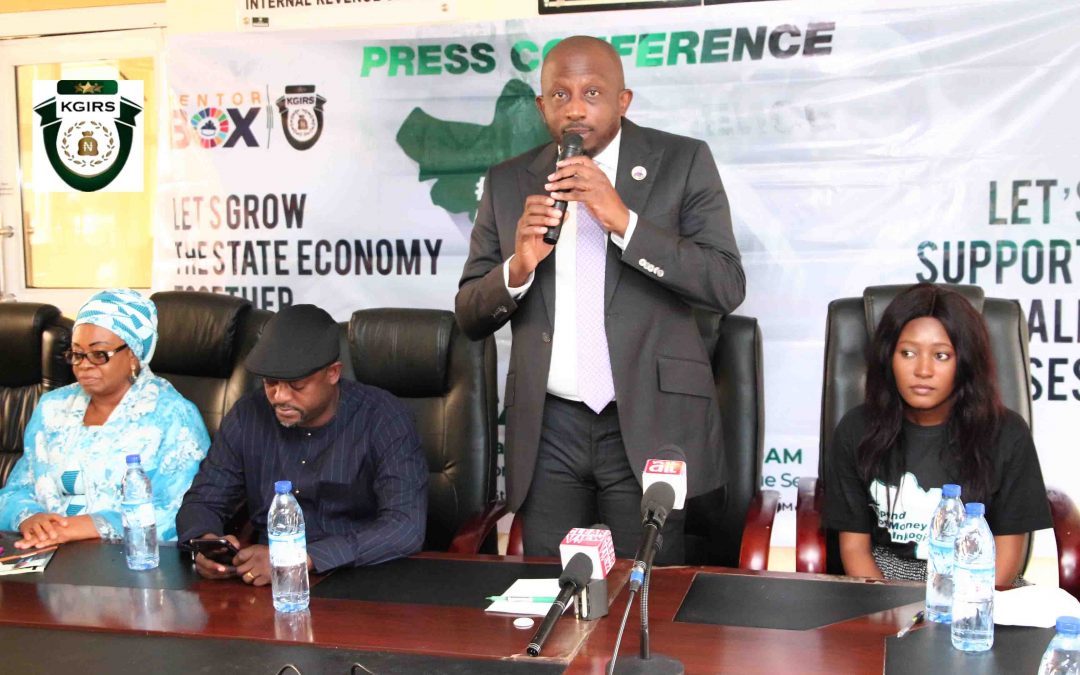 The Executive Chairman, Kogi State Internal Revenue Service, Mr. Aliyu Inda Salami, has described the “Spend Kogi Money in Kogi” Initiative launched by Mentor Box Foundation as another strategic way of increasing revenue collection of the State.
Salami, who stated this during the launching of the programme in Lokoja on Monday August 19, 2019, assured the Foundation of the Service’s support towards the realisation of its set objectives.

He called on Kogi indigenes on the need to patronise Kogi Businesses in order to improve the economic well-being of the State.
In his speech at the occasion, Kogi State Chief of Staff, Edward Onoja, referred to the campaign as an intervention to salvage the behavioural expenses of most Kogites, and the need to collectively encourage small and large scale business owners in the State.

Earlier, the Coordinator of Mentor Box Foundation, Ms. Eunice Emmanuel-Bagi, said that the Foundation, which used to be an incubation hub aimed at providing resources and business knowledge for micro, small and medium enterprises, has expanded to spurring awareness aimed at getting everyone involved in the process of shaping Kogi State’s economy towards growth and development.
The event, which took place in KGIRS Conference Hall, came to a colourful end with a synergy group photograph between the State Government, Kogi State Internal Revenue Service and Mentor Box Foundation.