KGIRS GIVES BACK TO THE SOCIETY THROUGH MINISTRY OF HEALTH 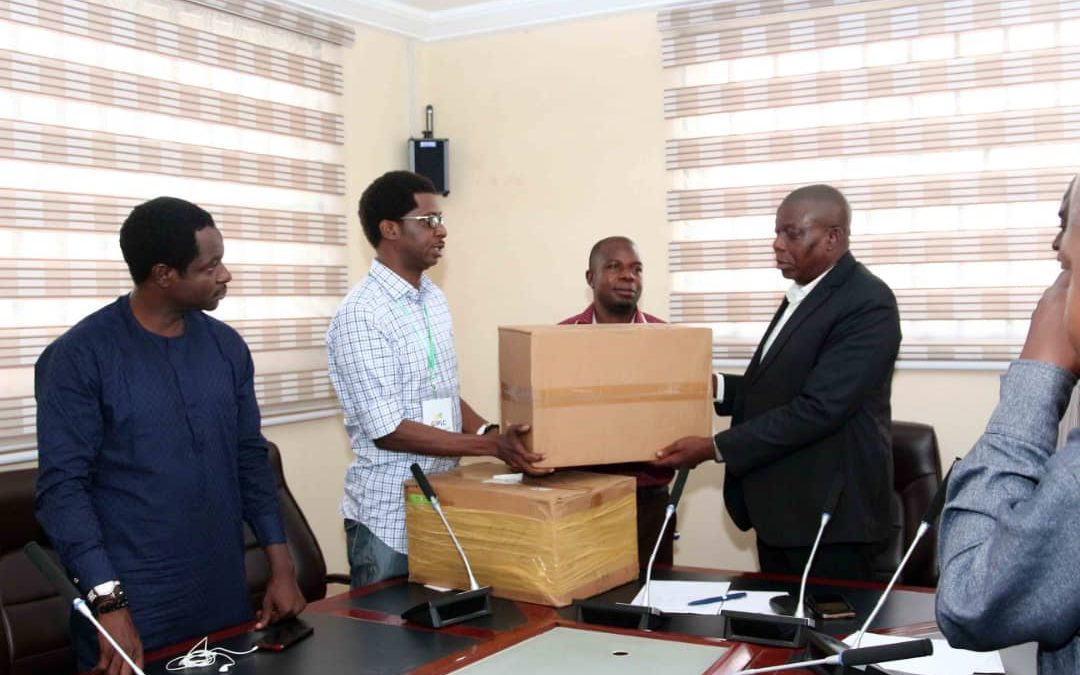 The Director General, Kogi State Ministry of Health, Pastor Kolawole J. F. has lauded Kogi State Internal Revenue Service for its humanitarian services for the donation of deworming drug – Albendazole through Global Initiative for Peace, Love and Care (GIPLC) to underprivileged children in the State.

Pastor Kolawole stated this on Wednesday, the 15th of May, 2019 at Kogi State Ministry of Health, Lokoja that the donation was timely for the fulfillment of Social Service to humanity as the Ministry is about to commence deworming  exercise in  the State.

According to him, “With this type of gesture in the State, the people will be left without questions as to what their taxes are being used for, and he appealing to the government not to relent at being sensitive to the needs of its people”.

In his remarks, the Executive Chairman of the Service, Mr Aliyu Salami, stated that the Service is committed to carrying along all the Ministries and Departments in the State to execute or fulfill its Corporate Social Responsibility to the society.

The Chairman who was ably represented by the Head, Corporate Communications, KGIRS, Isah Idris said that the Service has been actively involved in social service to the society, in which the flood victims have benefited from such Corporate Social Responsibility.

He assured the Ministry that the act was just a commencement gesture of what the Service has in plan for the people of the State.

Speaking at the event, the National Coordinator of GIPLC; a Public Health Campaign Non-Governmental Organization that collaborated with the Service for the donation, Mr. Nuhu Kwajafa, thanked the Executive Chairman and the Ministry for their warm reception accorded him and his team.

Mr. Kwajafa revealed that Helminthiasis or Worm Disease is as deadly as Ebola and urged government not to handle the issue with levity.

He also admonished that proper hygiene should be preached as infestation will continue to be prevalent if the crossing link is not curtailed.

Speaking earlier at the occasion, the Director of Public Health Affairs in the Ministry, Dr. Francis Akpa said, the entire Health Care Sector of the State appreciates the gesture delivered through Kogi State Internal Revenue Service and assured that efficient delivery of the Drug will be made to the intended beneficiaries.

Akpa stated further that the Campaign has been slated to begin from June 15, 2019, to mark the Maternal New Born Child Health Week under the umbrella of Save a Million Lives Campaign. He added further that a total of 717 facilities have been set in place alongside heavy logistics to make sure the campaign cuts across every part of the State.

The Group Manager of Maternal New Born Child Health, Mrs. Ojo S. in her closing remarks, expressed her warm appreciation to the Service and Global Initiative for Peace, Love and Care for the good gesture towards the Children and prayed for guidance for all the leaders in the State.

The occasion came to a glorious end with the handing over of the Drug to Kogi State Ministry of Health by the representative of the Executive Chairman of Service and the National Coordinator of GIPLC.