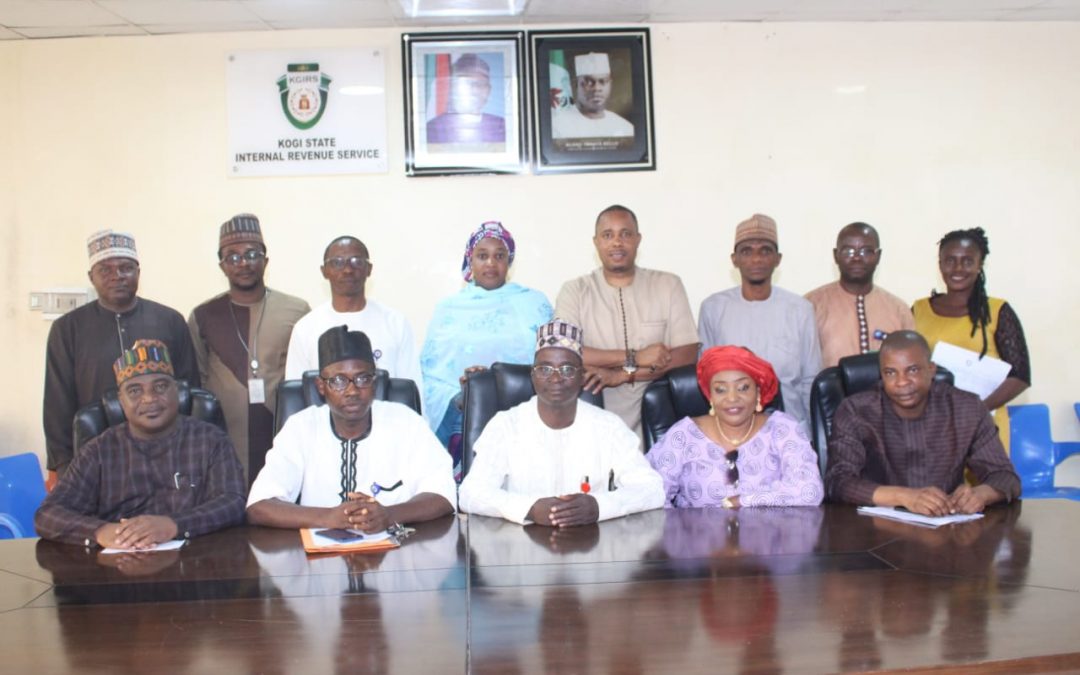 The Management of Kogi State Internal Revenue Service (KGIRS) in collaboration with the Federal Inland Revenue Service (FIRS) have inaugurated a committee that will champion the seamless operations and administration of tax collection in the State.

Performing the inauguration at the board room of the Revenue Service on Thursday, the 6th of October, 2022, in Lokoja ,the State FIRS Tax Comptroller, Mr. Dongson Yaki, commended the KGIRS Management for the laudable initiative.

He stated that it is important and necessary for the two agencies to collaborate for the purpose of improving the revenue generation of the State.

According to him, both parties cannot do well without a symbiotic relationship, saying
that “it has becomes important for both tax authorities to come together by way of reducing multiple visitations to taxpayers to save valuable time for the taxpayers as well as the tax authorities.

Mr. Dongson Yaki listed some of the objectives of the collaboration to include enhancement of revenue generation for both parties through direct and indirect taxes, widening the tax base through information sharing between the tax authorities in the State in order to foster cooperation between both authorities, and also with the stakeholders in the State such that it will provide unique services through proper planning, with the interest to eliminate critical bottlenecks.

He charged the committee members on dedication to ensure the noble objectives of this initiative are achieved, adding that as committee members, they are now critical stakeholders saddled with the responsibilities of pivoting the aim of the collaboration towards success.

He, however, congratulated the members of the committee and wished them well in the new responsibilities assigned to them.

In his remarks, the Acting Executive Chairman of KGIRS, Alhaji Salihu Sule Enehe, who was ably represented by Mr. Sadiq Ohindas, the Director of Tax Audit and Investigation of the Service, thanked the FIRS team for their move for cooperation and common understanding with KGIRS to pave ways for an improved tax collection.

He assured that more efforts will be deployed to get all taxpayers captured in tax net so as to improve revenue generation in the State.