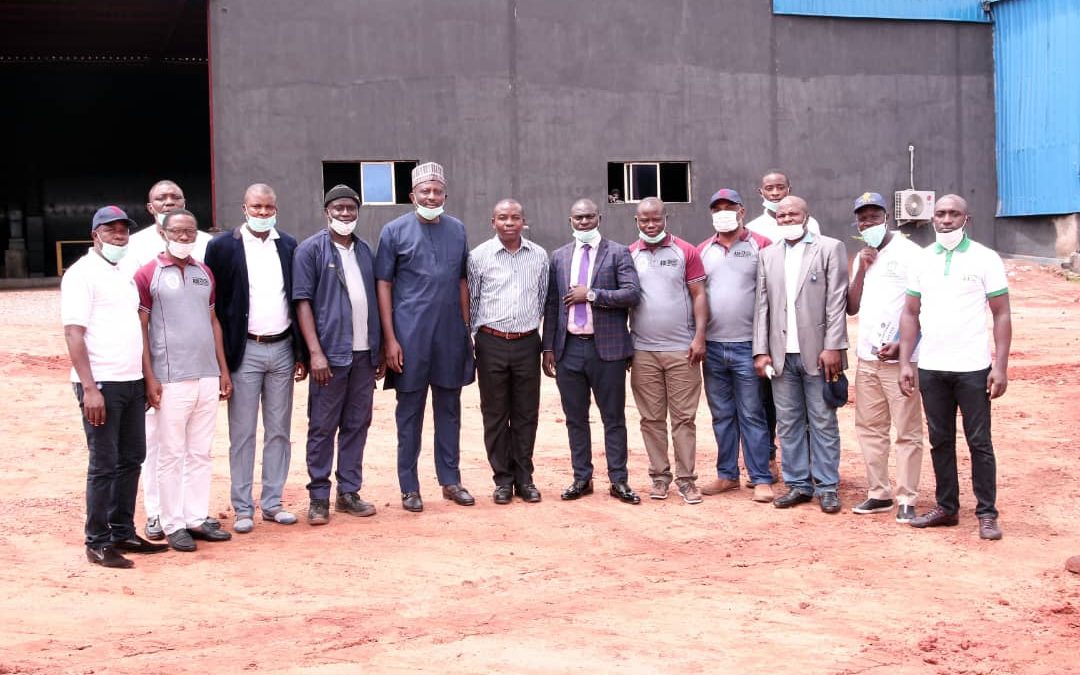 The Executive Chairman, Kogi State Internal Revenue Service, Mr. Aliyu Inda Salami, has advised the Management of Dufil Coal Slurry Plant to show cooperation and commitment to remittance of taxes and levies due to the State. The Chairman  stated this when he led his Management Team in a courtesy visit to the Company along Lokoja-Abuja Express Way, Osudunmi Village, Kogi State, on the 25th of June, 2019.

Welcoming the team from KGIRS, the Factory Manager of the Company, Mr. Bayo Ipadeola, expressed his delight, especially as he received, in person, the Executive Chairman, Mr. Aliyu Inda Salami. He then quickly gave a breakdown of the operational process flow of the Factory while stating that, though the Factory is new in the State, it is intended to start making full production soon as it is an extension of the Northern Instant Noodles Company that specializes in producing Indomie Noodles, Flour, Minimie Chinchin, Power Oil and Packaging Wrappers.

The Executive Chairman, in his remarks, commended the Plant Manager for the detailed delivery of the operational processes and stated that the purpose of the visit was to identify with the success plan of the Factory and to also keep them abreast with the knowledge of the statutory obligations of every business establishment in the State in which the business operation is resident.

Mr. Bayo, while responding to the Executive Chairman’s remarks, said that the Factory promises to be law abiding especially in the area of fulfilling their tax obligations.

The Executive Chairman in his conclusion, highlighted that some other collectibles such as Haulage Fees, Ground Rent and Tenement Rates are designed to be uniform for all the business establishments in the State and as such could not be altered but the minimum will be applied. However, he promised to look into some areas for concession by the Service for mutual benefits between the Service and the Factory.

The high point of the event was the presentation of souvenirs by the Executive Chairman to the Factory Manager as an extension of the Service’s goodwill and friendly collaboration with the Company.