KGIRS BOOSTS THE PRODUCTIVITY OF KOGI STATE WATER BOARD 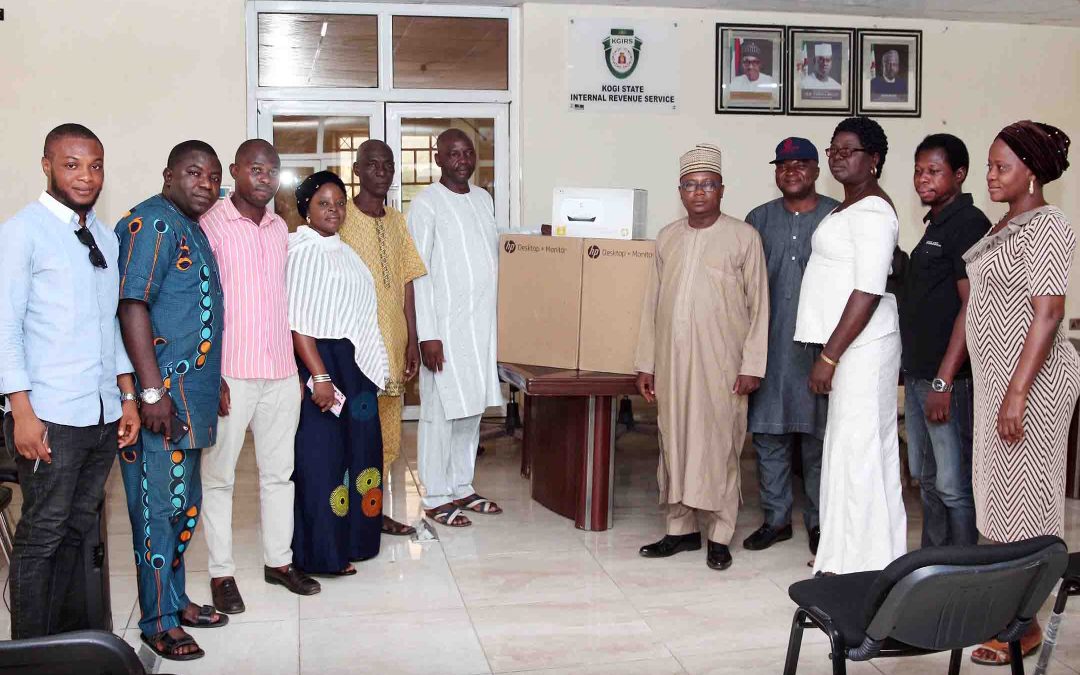 The Executive Chairman of Kogi State Internal Revenue Service, Mr. Aliyu Inda Salami, in his opening remarks, disclosed that the donation of the items is in the fulfillment of his numerous promises to the MDAs in the State to support them to meet their operational needs.

The Executive Chairman, who was ably represented by the Director, MDAs, Chief John Salifu, said that the Service will not relent in giving aids to the various Ministries, Departments and Agencies in the State for more collaboration in the area of revenue generation which is the core mandate of the Service.

The General Manager, Kogi State Water Board, Engineer Abdulsalam Muhammed Sagir, while receiving the donation expressed his delight at the benevolent gesture of the Executive Chairman, and promised to judiciously utilise the equipment to justify the purpose for which they are meant for, and to increase their outputs.

The event was climaxed with the presentation of the items to the Board.