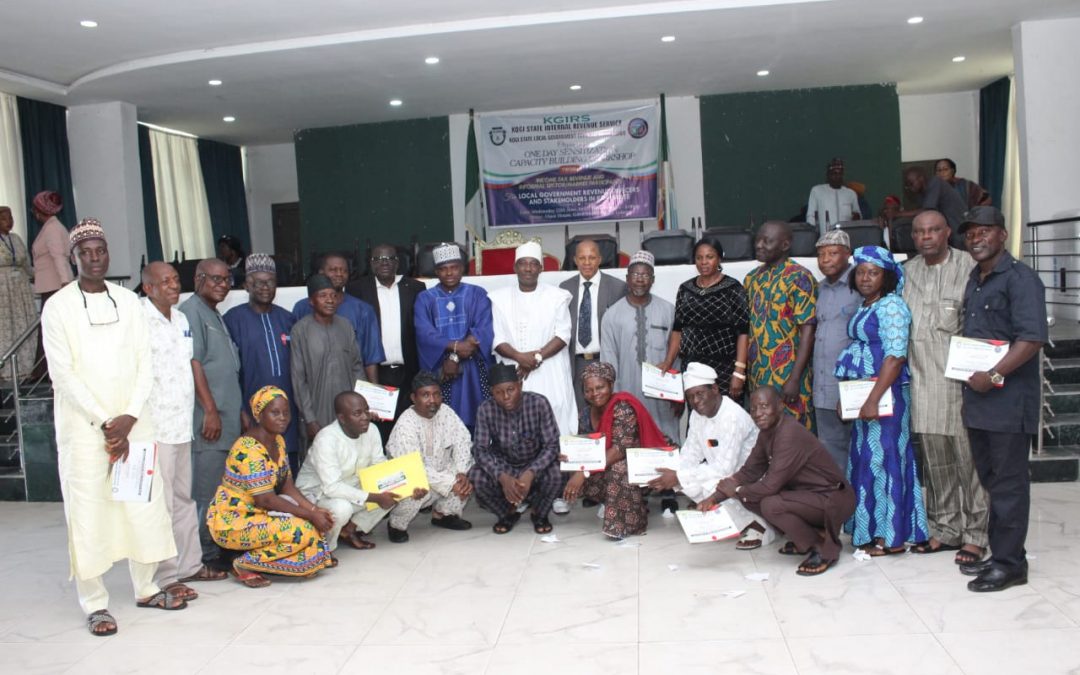 The Acting Executive Chairman, Kogi State Internal Revenue Service (KGIRS), Alhaji Sule Salihu Enehe, has called for more collaboration with the Kogi State Local Government Service Commission as it makes a critical stakeholder in the State, to harness the revenue opportunities that abound in the local government councils.

According to him, “the income of revenue in the State is dwindling, and that is why the Service is taking a reactive step in collaborating with the Local Government Service Commission to look elsewhere towards activating the dormant revenues in the local council.

“The State revenue body organised this 1-day training/sensitisation to equip the Revenue Officers at the local government with knowledge of all taxes due for the local governments and for the State for a seamless operation between both parties in the State, and so that the Officers from the Local Governments may be proficient in their assigned responsibilities”.

He noted that similar collaboration has worked in many States that are doing well in revenue generation while assuring that he would also try to replicate what other States are doing in order to achieve the level of their success.

“It is important to relate with the Market Women Association through the local council authorities concerned”, he advised.

In his remarks, the Executive Chairman, Kogi State Local Government Service Commission, Mr. Adams Adabenege, appreciated the Acting Executive Chairman of KGIRS for organising the sensitisation/capacity training for the Revenue Officers in the local government council. He stated that such effort will go a long way in the discharge of their duties with free of rancour, describing the current Revenue Boss in the State as an agent of positive change.